Wishing everyone a blessed Ramadan. #RamadanKareem

One of our favorite ways to commute inside the cit

“Happiness is a road traveled, not a destination

Whether your kid likes skating, cycling or riding

Our green domes are turning blue this month to sha

The location of our autism center in the heart of

Spring is more colorful in The Sustainable City th

Wishing you a blessed Friday and an enjoyable week

Construction of the first phase of Sharjah Sustain

Our pedestrianized residential community is encour

The Sustainable City has a lot of great spots for

Have you been to @efateuae E-waste drop off statio

Another great weekend in @thesustainablecity with

Have you been to the sustainable plaza lately? T

A look at our pop up sustainable market @origindxb 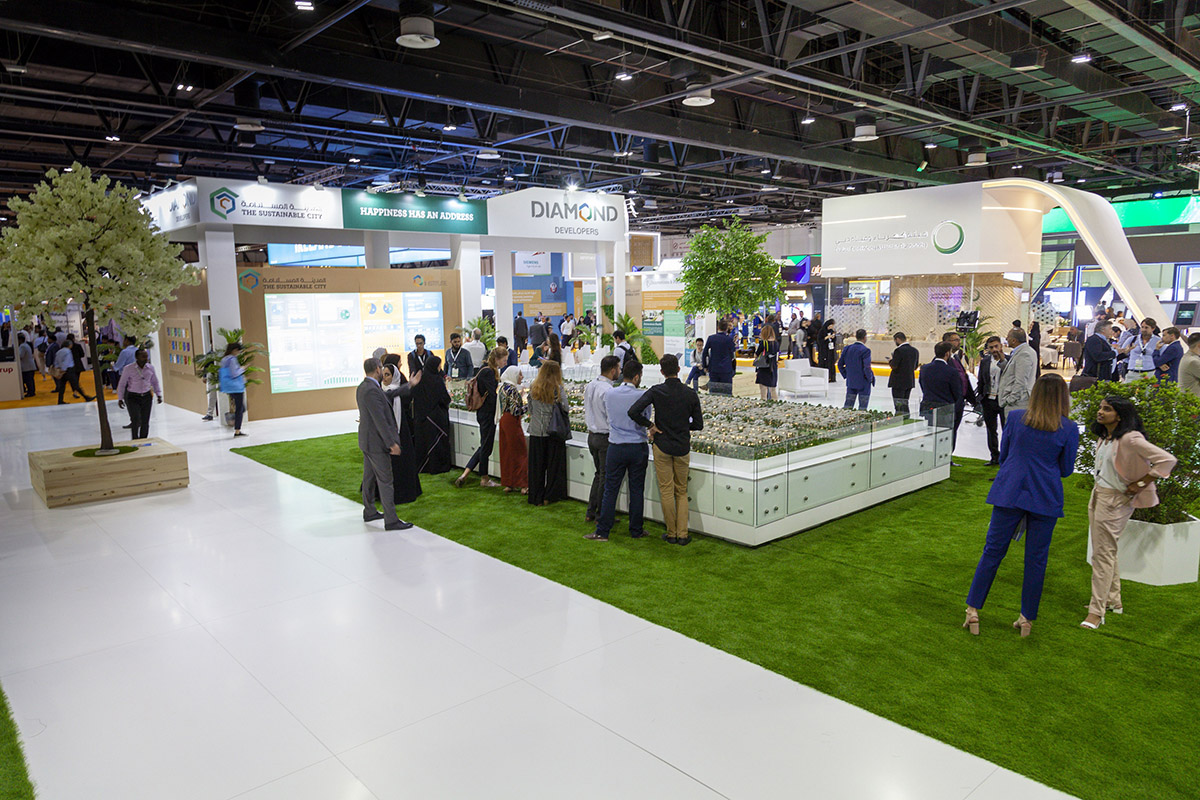 As part of its participation in WETEX 2019

In support of UAE’s sustainable development vision, The Sustainable City, the first fully operational sustainable community in the Middle East, is, for the fourth consecutive year, participating in the Water, Energy, Technology, and Environment Exhibition (WETEX), taking place at the Dubai International Convention and Exhibition Centre from 21 – 23 October. The Sustainable City unveiled its carbon footprint report for the year 2018, becoming the first residential complex in the Middle East to measure its carbon footprint, having prepared a similar report in 2017 on the level of greenhouse gases (GHG).

Faris Saeed, the CEO  and co-founder of Diamond Developers, the developer of The Sustainable City, said: “Keeping track of the carbon footprint is a fundamental issue, as stipulated in the Paris Climate Agreement. Per capita, GHG emissions dropped from 5.1 tonnes of CO2 to 4.1 tonnes,. This is due in large part to the advanced energy technologies that we have employed and our ongoing efforts to improve results in this regard, most notably by encouraging behavioral change among residents. The coming years will see significant progress in the various indicators with the completion of energy projects that rely on the best clean solutions.”

According to the new report, audited by the Dubai Carbon Centre of Excellence, total emissions in 2018 were 10,126 tonnes of CO2, up from the previous year of 8,708 tonnes. This increase is mainly due to the high occupancy levels of residential units — from 73% to 95% — and the growing volume of commercial activities. Total GHG emissions increased by 15.6% (from 8,761 tonnes of CO2 to 10,126 tonnes of CO2) for the same reasons.

The same report revealed that the largest source of emissions was due to electricity  consumption for various purposes, including losses from transmission and distribution operations, accounting for 46% of the city’s total emissions. The report predicted that the contribution of electricity consumption to total emissions would decrease in the future when The Sustainable City completes the installation and operation of all photovoltaic systems.

After measuring the average electricity consumption in villas, it was observed that the energy intensity decreased from 99 to 93 kWh in 2018, which is equivalent to  6% drop. The report said that this positive result was achieved thanks to improved energy practices at the household level, keeping in mind that the average consumption in Dubai surpasses 300 kilowatts per sq. m per year. One of the highlights of the report was also the connection of 2.46 megawatts of solar photovoltaic power in public areas, which offset 87% of electricity consumption in common areas.

Signup to our Newsletter