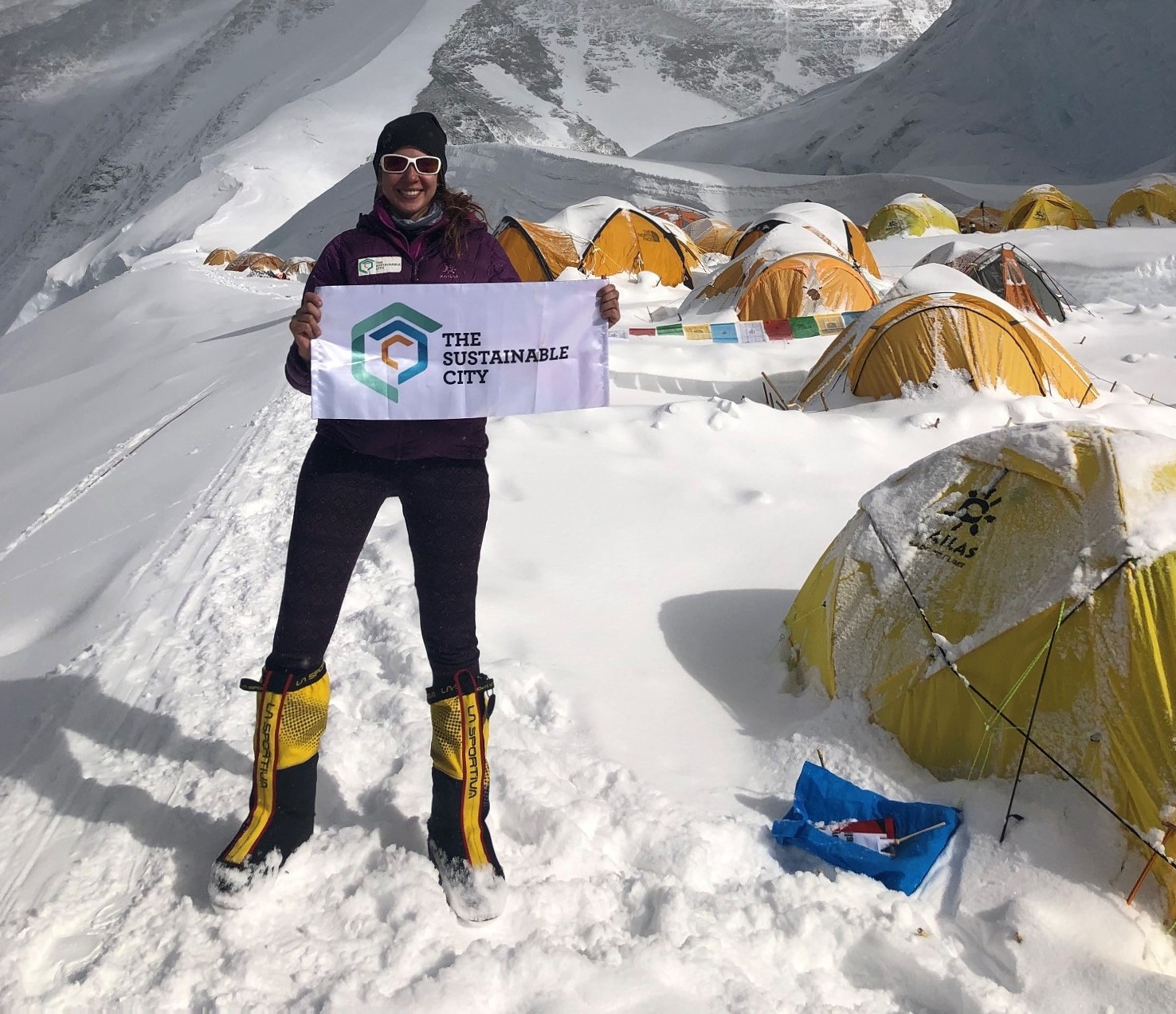 Dolores Shelleh is the first Arab woman to scale Mt. Everest from the North Col

Dubai-based mountaineer Dolores Shelleh has become the first Arab woman to scale Mt. Everest from its toughest North Col terrain. She is also the first Jordanian and the second Serbian to accomplish the feat. Typically, the northern Col of Mt. Everest presents more altitude issues for climbers and has recorded higher fatality numbers due to the elevation of the camps and lack of helicopter rescue options.

The Sustainable City, the Middle East’s first fully operational sustainable community by Diamond Developers, extended its support to Dolores in her mission.

Commenting on her achievement, Faris Saeed, CEO of Diamond Developers, said: “Dolores Shelleh has pushed the boundaries and broken all stereotypical notions with her quest for adventure. Focused on promoting environmental sustainability through her feats, she also symbolises the wave of Arab women empowerment that is transforming our region. Now, by scaling the top of the world, Mt. Everest, and that too from the challenging Northern Col, she has proved to the world that with determination we can overcome any challenge, including the impact of climate change. Through our support to her, we are further underlining our commitment to promoting women and youth empowerment as well as women education and rights while highlighting the message of sustainable communities.”

Dolores said: “I am thankful to the support of The Sustainable City, my home in Dubai, and a community that I am proud of for their focus on sustainable living. By scaling Mt. Everest from the North Col, I intended to highlight the message of embracing more sustainable practices and to promote the use of renewable energy as well as reinforce the need to follow healthy lifestyles in harmony with nature. The challenge I undertook was particularly arduous as the North Col of Mt. Everest route called for more technical climbing and the weather conditions were windier and chillier. With the support and blessings of my family, friends and my co-residents in The Sustainable City, I was able to accomplish the task.”

The challenge undertaken by Dolores is hoped to inspire the young generation of Arabs to challenge themselves and rally behind noble causes that are important to the community today, as challenging one’s aptitude leads to self-growth and development.

In other achievements, Dolores was the first Arab to summit Mount Manaslu, the eighth highest mountain in the world at 8,156 meters above the sea level, located in the Himalayas, and regarded as the fourth most dangerous for climbers, due to the risk of avalanches.