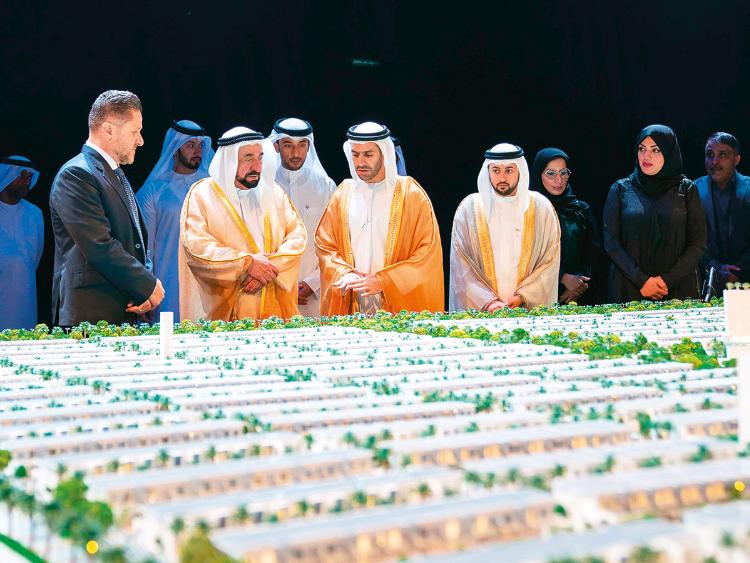 Sharjah is to build a Dh2 billion “mini-city” occupying 7.2 million square feet and featuring up to 1,120 villas that will be run fully on renewable energy sources. The location for Sharjah Sustainable City — as it will be known — is the Umm Fannian area near Al Rahmaniya.

Purchase contracts will be available from Thursday (March 28), and will cover plots spread between 2,035 square feet to 3,630 square feet. The villas will be in the three-, four- and five-bedroom formats. Sales will be open to all nationalities, with a dedicated centre at the Al Majaz Waterfront.

Prices are in the range of Dh1.2 million to Dh2.6 million. The promoters are also having special offers targeted at Sharjah-based locals as well as employees — both UAE nationals and expats — working with Sharjah government departments.

The project features Shurooq (Sharjah Investment & Development Authority) and Diamond Developers, which is the name behind the Dubai Sustainable City in Dubailand.

Given that it would tap alternate energy resources, the new City will offer future residents up to 100 per cent savings on electricity bills and up to 50 per cent on water.

“In the past years, the standards of social development has seen remarkable changes,” said Marwan Bin Jassim Al Sarkal, Executive Chairman of Shurooq. “These new standards are instrumental to sustainable development.”

This is the first developer alliance that Shurooq has announced this year — in recent times, there have been similar such partnerships with Emaar, Eagle Hills, Nakheel and Kuwait-based Mabanee, among others. The gameplan is straight forward — tap best-in-class development expertise for projects in underdeveloped locations of the emirate, or go in for a wholesale renewal programme of older neighbourhoods.

Muawieh Radaideh, Vice-President of Diamond Developers, said: “We are in the final design stages for Sharjah Sustainable City and should be in the ground-breaking process in a couple of months.

“The project will be divided into four phases and the first residents should move in by the fourth quarter of 2021. And the final phase within another three years of that.

“The Sharjah Sustainable City is being built to promote good living and is a shining example of a successful public-private partnership.”

Apart from residential, other elements will be integrated into the project to make for a self-sustained community-style living. These include a school as well as ample retail offerings.

The same mix was followed by Diamond Developers at Dubai Sustainable City, a 5 million square feet project now in its second — and final — phase. A drive through the development will find that residents too have signed up for the sustainable theme — one will come across quite a few Teslas and battery-powered buggies and charging stations.

Nearly 2,500 people make up the resident base there, across the 500 villas and 85 apartments. A school has opened and another for those with special care requirements will do so in July.

“We have shown that sustainable concepts can work when expanded into a community or even city-scale developments,” said Saeed. “The Sharjah project offers another opportunity to demonstrate this.”

These projects have combined to set off a offplan boom in the emirate. Demand has also been there for plots, such as those in Tilal City.