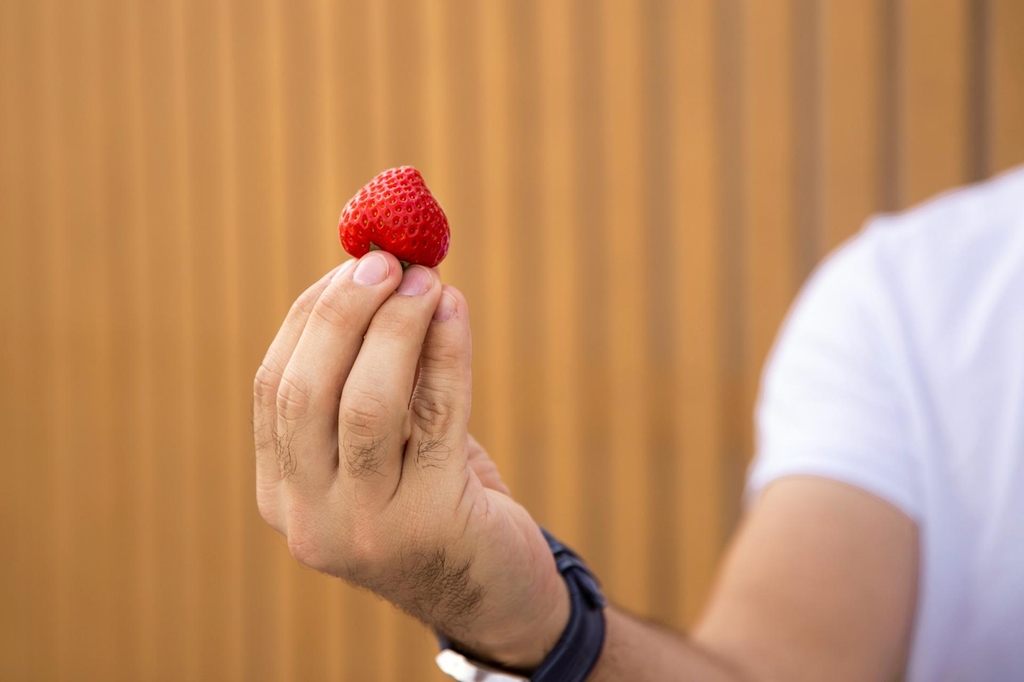 How far does a strawberry travel from the plant it is plucked from to reach your lips?

In the UAE, where demand for fresh produce is growing all the time, the answer is perhaps hundreds or even thousands of kilometres.

But a French company is trialling a method of farming in Dubai that would allow communities to grow food right on their doorstep, despite the harsh desert climate, and it is beginning to bear fruit.

Agricool have already had success in Paris, where the company grows strawberries around the city in recycled shipping containers and sells them in local supermarkets.

Their self-contained hydroponic grow rooms — branded as “cooltainers” — can be placed anywhere there is an electricity supply, meaning you can go from plant to plate in the same day.

“It makes no sense that the food you eat should travel more than you do,” said Georges Beaudoin, Agricool’s international operations manager in Dubai. 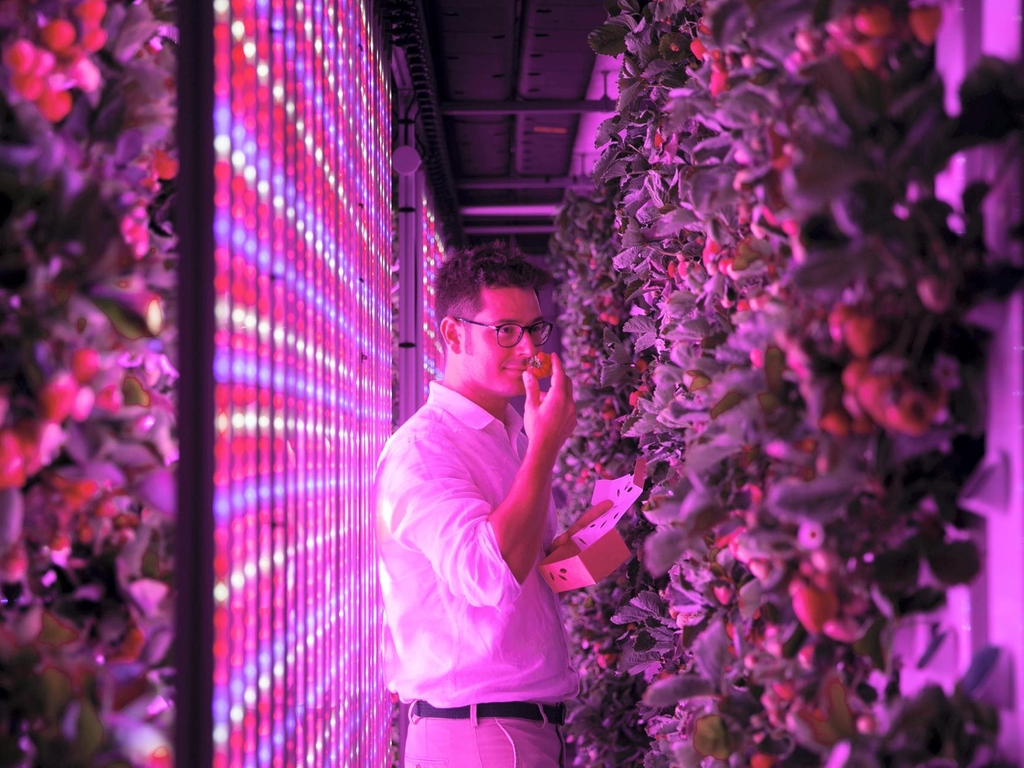 But achieving the right ecological balance to grow a tricky crop like strawberries is no mean feat — they even drafted in the help of a hive of bumble bees.

The first test batch was planted in July and this month they have been harvesting around 40 punnets of juicy strawberries that they hand out to the local community each day.

Over the course of each three-month season, the cooltainer can produce 1.5 tonnes of strawberries from 300 plants — the equivalent of what can be produced in 4,000 square metres of traditional farm space in just 30 sq m.

The container walls are insulated against the intense heat, and chilled using 3 cubic metres of recycled water, which is about 1 per cent of that usually used.

The plants are nurtured in an otherworldly, purple-glowing hydroponic room, where a fog of nutrient solution nourishes the roots in a way that is easier for the plants to absorb than through soil. In fact, no soil is required at all.

The electricity consumption of the cooltainer is maximised by focusing energy on using specific colours of light. “Blue, white and red — because we’re French … I’m just kidding,” said Mr Beaudoin.

The red LEDs are for photosynthesis, the production of sugar and the growth of the plant. Blue helps flowering and the plant’s metabolism, and white is there to soften the purple glow a little so the fruit does not become too dark.

First the leaves grow and, a month later, the first flowers arrive. Then bumble bees are introduced to the container to pollinate the flowers so they can transform into fruit. In the last month of each season, the berries are harvested. Then the team can start the whole process again.

This controlled cycle, away from the natural ebb and flow of the seasons, means they can grow the crop all year around, and because there is less time between picking and eating they taste better and are better for you, too, retaining a high concentration of vitamin C.

The luscious strawberries are also 100 per cent pesticide free — “I don’t even wash the strawberry from the plant to the punnet,” said Mr Beaudoin.

Growing food locally like this is better for the planet since fresh produce often has to be brought in to the UAE from faraway places such as the US and the Netherlands, taking up to two weeks to arrive.