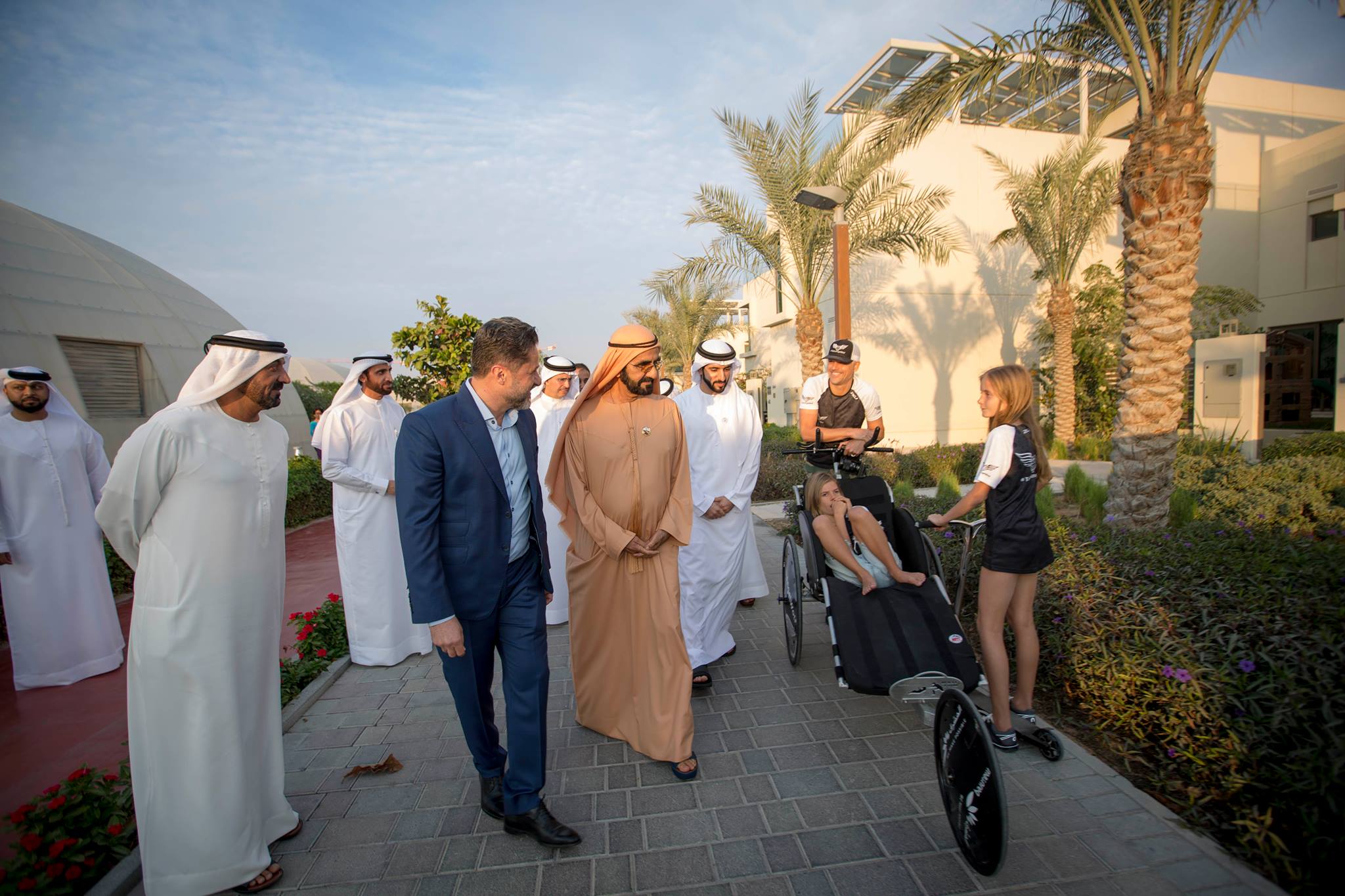 Vice President and Prime Minister of the UAE, and Ruler of Dubai, His Highness Sheikh Mohammed bin Rashid Al Maktoum, said that the UAE’s development journey progresses according to a clear strategy and objectives, that aim to place the country at the highest levels of global competitiveness, to provide the best in class quality of life to people and achieve their happiness.

“Our vision is clear in term of establishing sustainability’s pillars as a key component of our development journey, which is part of the national agenda. We are committed to sustainability, which is a top priority that we strive to implement taking into consideration environment conservation, and balance between economic and social development, to provide people the best quality of life and ensure happiness of community,” Sheikh Mohammed said.

Sheikh Mohammed toured the city and was briefed about the different facilities of the project, which is the first real estate project in Dubai that focuses on the economic, environmental and social aspects of sustainability. The city features a host of initiatives to conserve resources, including energy-efficient housing designs and eco-friendly building materials. The City is designed to produce 100% of its energy needs using renewable and clean energy sources upon its completion, supporting Dubai Clean Energy Strategy 2050 which targets to produce 75% of its energy requirements from clean sources by 2050.

The first phase of The Sustainable City, comprising of 500 villas in five residential clusters, a buffer zone, an urban farm, an equestrian centre and a mixed-use development, has around 2000 residents, with second phase of the development set to be completed before the end of this year.

Recycling stations in each cluster encourage residents to separate their waste, and the transportation strategy inspires residents to rely less on motorised transport, and more on walking and cycling. Each cluster is a car-free zone, accessible only by foot or electric buggies through narrow “sikkas” (alleyways) that link the City.

The City has ample outdoor space for leisure and recreation. Residents can participate in the City’s urban farming programme and have designated plots inside and outside 11 temperature-controlled bio domes.

Sheikh Mohammed also toured phase 2 of the City, which consists of a mixed-use zone, an institute for ecological engineering, a hospital and rehabilitation centre, a “Green” School for K-6, and an eco-hotel. The 143-rooms hotel will be a net zero energy building, where 100% of its energy needs will be met by solar power. The hotel will be supplied with fresh produce from urban farming facilities that will be incorporated into the hotel grounds, in addition to The Sustainable City Bio Domes.

The Sustainable City is considered as an open lab to promote sustainability culture, and receives thousands of students every year to learn about its unique experience, in addition to foreign delegations. The Sustainable City has already received more than 20 number of local, regional and global awards including the ‘Happiest Community’.