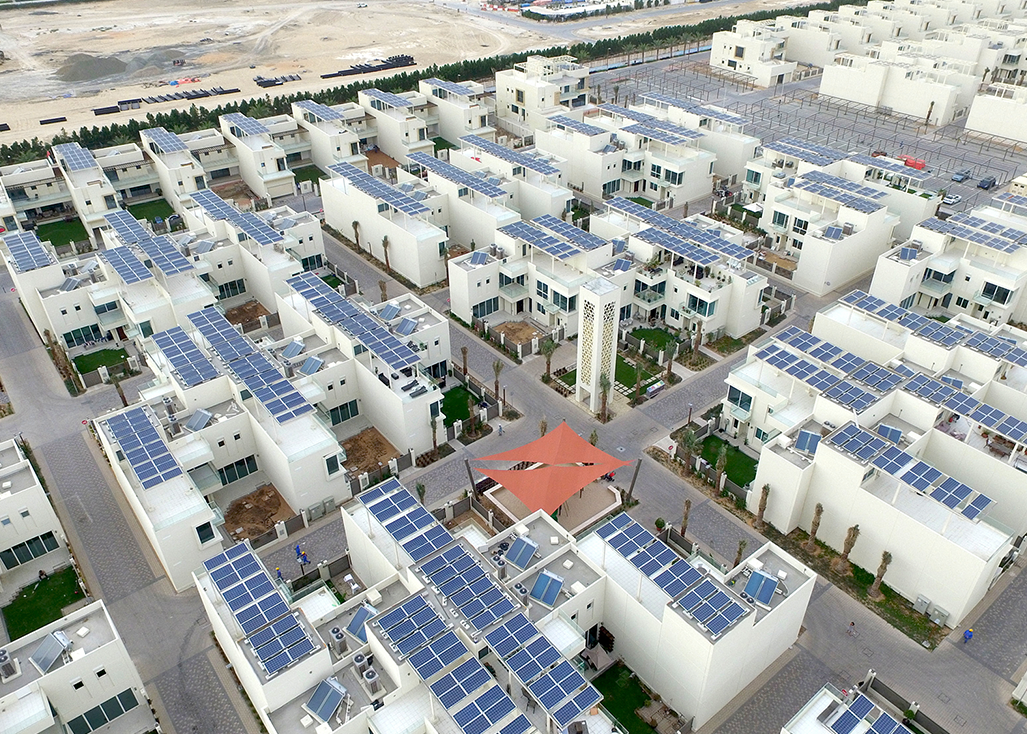 The Sustainable City in Dubai began running the city using ‘Solar Power Panels’ to produce clean energy. It is now the first residential project to produce clean energy for its five residential clusters of 100 villas each, in addition to other amenities. The implementation of the solar panels is to simplify utilizing facilities to serve the large number of families that have already occupied the residency.

Commenting on the announcement, the main contractor for all energy production at the city and approved by DEWA, Anwar Zebn CEO at City Solar: “We have installed 12% of the solar panels, that will increase the number to 40 thousand panels distributed on each villa, building and parking, to produce up to 10 megawatts of power at the end of the operating business. The current production of energy will reach nearly 1.2 MW, to be stored by Dubai Electricity and Water Authority, which can be used to run more than 200 villas with clean renewable energy. The energy produced hourly per year will be equivalent to 2000 megawatt, which will contribute to the reduction of carbon emissions by a thousand tonnes per year. “

“The smart design of the villa along with the application of energy-saving solutions, such as insulating materials, heat reflectors and solar water heaters, will all contribute to reduce the proportion of energy consumption up to 50% in each villa, and other negative effects on the environment. This also includes household equipment such as refrigerators, washing machines and lightings.”

The Sustainable City has broadened its spectrum to utilize integrated and sustainable solution concepts, including separating gray and black water, and re-refining grey water for community irrigation. In addition, the city is also preparing to launch a city mosque and a community mall, which will provide retail shops, medical shops and social services to all its visitors and residents