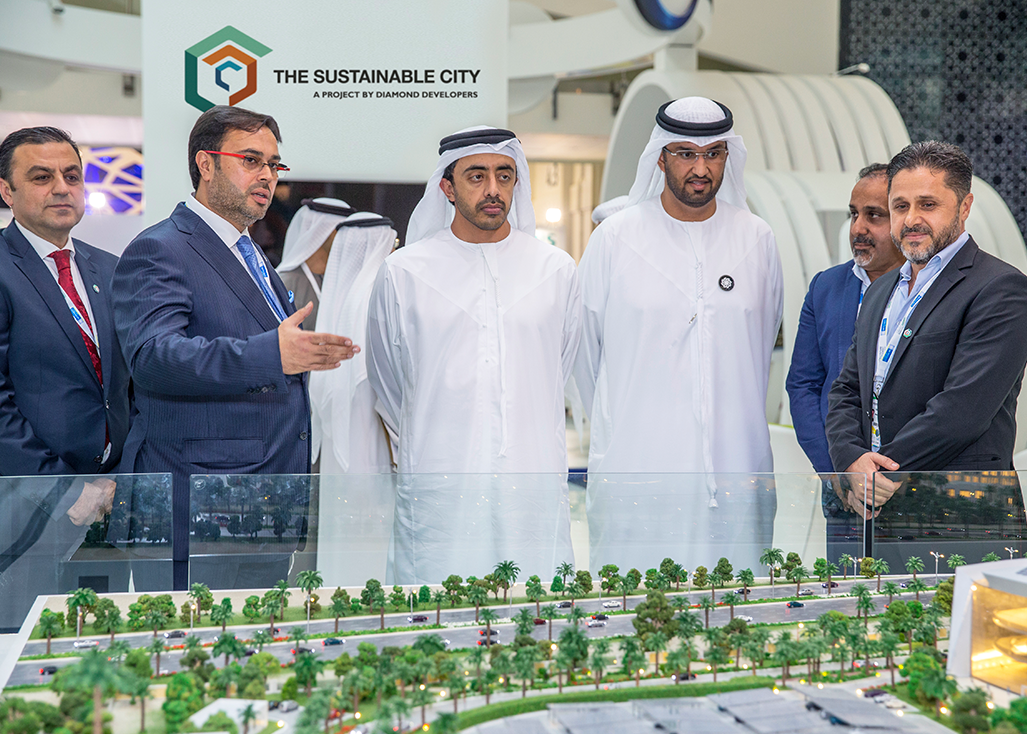 The Sustainable City, the region’s first active fully integrated sustainable community, is proving a big draw for visitors at The World Future Energy Summit (WFES), which is currently underway at Abu Dhabi National Exhibition Centre. Launched onto the market by Diamond Developers in 2014, The Sustainable City welcomed its first tenants in November last year, with the inaugural residents forming the vanguard of what is a new paradigm of sustainable living in the region.

‘Diamond Developers is proud to be the first real estate developer in the Middle East and Gulf region to have turned a dream of sustainable living into a reality. The launch of The Sustainable City and the welcoming of its first residents who are making their home there is the fruition of years of conception, planning and development. The Sustainable City represents a new model of living and has brought the future to the present with the creation of a community that has respect for natural resources, priorities the minimising of waste and harnesses the power of renewable energy,” said Faris Saeed, CEO and Co-Founder, Diamond Developers.

Diamond Developer’s stand at WFES, which runs for four days until January 21, is pulling in hundreds of visitors keen to know more about The Sustainable City’s wealth of unique features that have been designed to offer a high standard of living for its residents. Multiple screens are showcasing a 3D video of the community, with the interactive displays complementing a model of how the city will look once it is completed at the end of the year.

Also on display at Diamond Developer’s WFES stand was the biodome- a greenhouses for residents to use to produce organic food and two of The Sustainable City’s electric carts that are the only form of powered transport permitted inside its environs. Diamond Developers’ representatives at the exhibition have been busy explaining to visitors the many benefits of the carts, which are recharged at special stations throughout the city. In addition to offering a free and convenient method of getting around the community, the non-emission electric carts ensure a higher standard of air quality for residents. Spread over five million square feet, The Sustainable City has been designed to focus on three elements of sustainability; economic, environment and social. It features a raft of initiatives to both conserve resources and save money, including energy efficient home design and use of eco-friendly building materials. Every aspect of the development has been designed to benefit residents economically, from its revenue-sharing scheme’s net zero service fees to its wealth of employment opportunities. The Sustainable City places a priority on nature, green spaces, health, education and recreational activities, with the emphasis on nurturing a sustainable lifestyle that is allied to a strong sense of community.

“Diamond Developer’s commitment to pursuing a vision of sustainable living has led to the region’s first tangible offering – The Sustainable City. We are delighted to have the opportunity to present to a wide audience at WFES 2016 the incredible array of benefits that being part of such a community offers,” added Saeed.