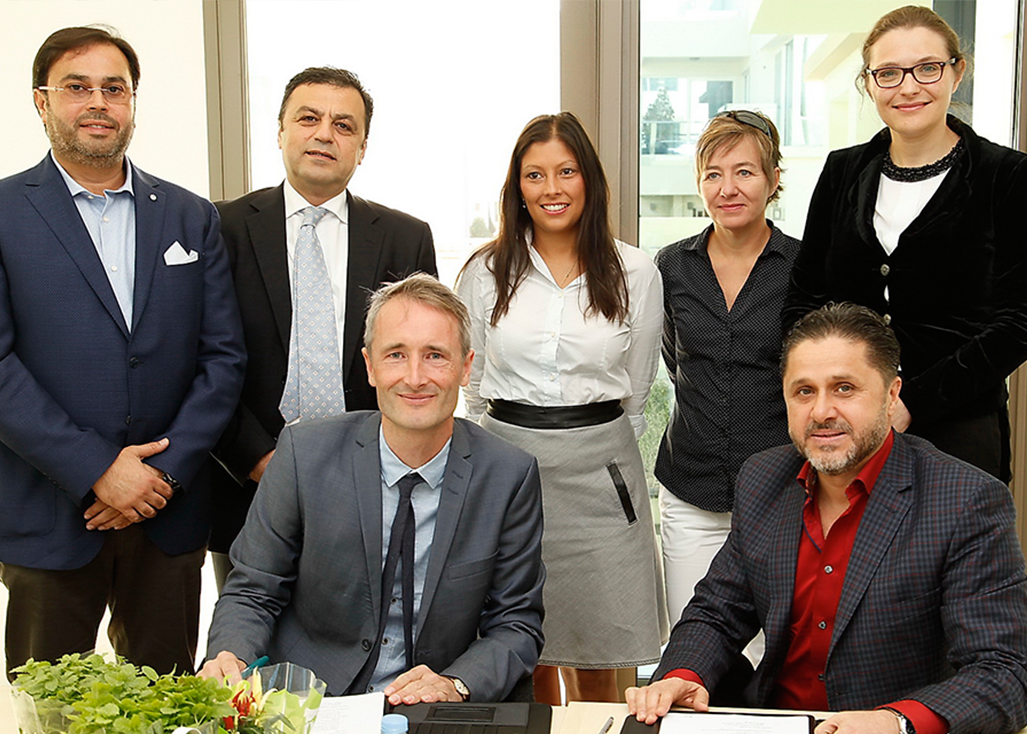 Heralded as a significant milestone in the development of the project, which has been designed to provide first-class education at The Sustainable City, the agreement was signed under the patronage of H.E. Merete Juhl, Ambassador for Denmark in the United Arab Emirates. The partnership will see The Sustainable City’s school as a unique 8,000 sq. m. K12 high tech and digitized educational establishment where students will undertake interactive learning on renewable energy, water recycling, air quality, urban farming, waste management and composting.

In conjunction with CEBRA and SLA, The Sustainable City’s green school designed to have a focus on sustainability, thereby fostering and nurturing a mindset of environmental concern within its students and encouraging them to find solutions for safeguarding the planet they will inherit. The contract between the parties covers construction supervision for the infrastructural components of the school, including landscaping, environmental impact assessment and all facilities and utilities.

Elaborating on the significance of the partnership, Faris Saeed, CEO and co-founder of Diamond Developers, said: “The agreement with CEBRA and SLA marks a historical moment for Diamond Developers, one that will ensure that the architecture of its green school encompasses The Sustainable City’s three key pillars: social, environmental and economic. Both CEBRA and SLA are leaders in their respective fields and our partnership with them is aimed at elevating the already high standards of our key sustainable development, The Sustainable City.”

CEBRA is a Danish company that focuses on progressive architecture and design, from buildings and public spaces to large scale of sustainable urban planning. The company’s approach has been described as ‘people friendly’ in that it merges human empathy and architectural expression into individual projects adapted to the local context. CEBRA’s portfolio includes work in its native Denmark and international projects, which range from research to built environments. CEBRA has received a number of international awards for its offerings.

SLA is a consulting firm, also based in Denmark, and widely regarded as being expert in urban field design. The company undertakes all phases of major landscaping projects, from design and project conception to installation and maintenance, with the SLA Landscape Architecture team incorporating nature as a focal point of in their work. Alongside CEBRA, SLA is a member of the ‘ACT NOW’ initiative, which helps public and private decision makers, understand the enormous savings that high-energy efficiency can have as they considers they develop.